This is the third time I baked vanilla choc chips chiffon [original recipe from Peng's Kitchen].  There are some slight modifications to the ingredients and method. 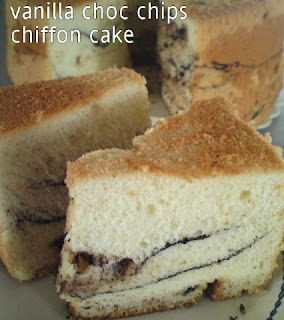 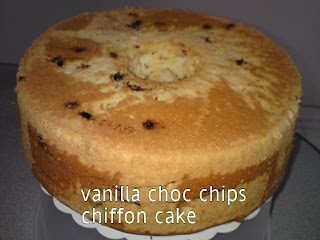 The chiffon cake is soft, light and moist. 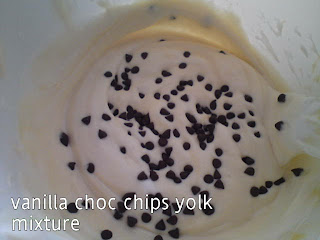 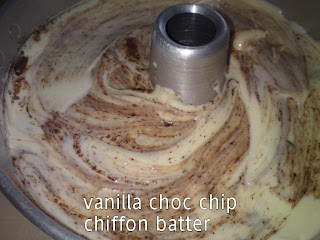 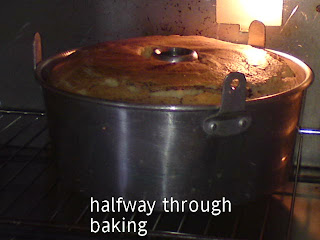 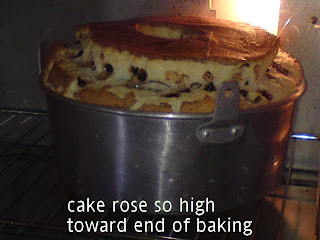 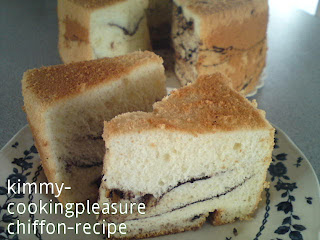 Beautiful chiffon! Remind I have quite long did not bake chiffon..

Hi Sonia, I prefer to bake chiffon or souffle cake cos' I get a big cake with so little ingredients and no butter. Moreover there are so many flavours you can try. Hehehe.