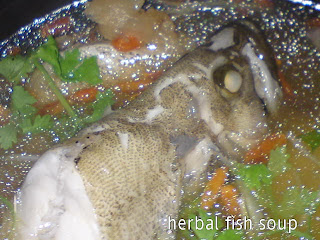 A simple herbal soup with freshly caught fish [from my hubby's fishing trip]. 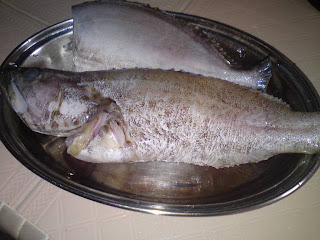 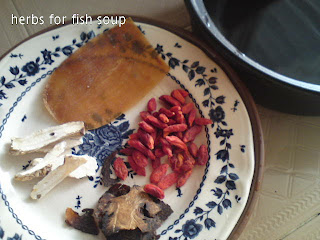 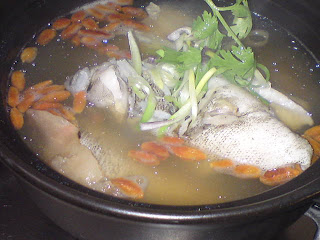 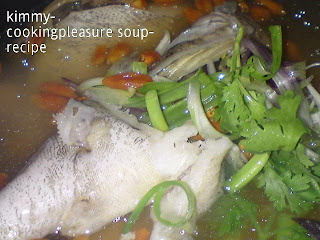 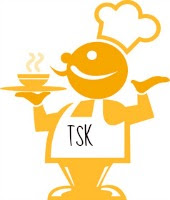 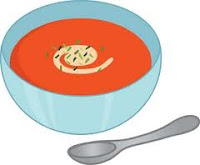 I've never cooked 'fishy' soup before. Remember that my mum used to make 'sang yu with kot choy' soup. Fresh fish in your soup must be very, very tasty...mmm!

Hi Cheah, this soup is really tasty, no fishy smell at all. Got to like fish soup since my Taiwan trip where I tried fish soup cook with just shredded ginger and soup stock. Important pointer - fish must be really fresh.

Thanks for submitting to The Soup Kitchen October Event. Will be published after the 20th.

Hi Debs, will continue to share with you my tested recipes on soups and curries.

Kimmy, I like this soup. So lucky you can get freshly caught fish. Your husband has a good hobby :)

Hi Phong Hong, 1 setback, he no longer enjoys fishes that I bought from the market. His 'hoo lama kiam hoo' are also very good. Many of my friends coming after him for them.

Great soup. Food on Friday is all about soup. It would be wonderful if you linked this in. Here's the link . Have a souper duper week!

Hi Carole, oops forgot to check this week's theme. Thanks for your invite. Will do.

Thanks for linking this in Kimmy. Cheers