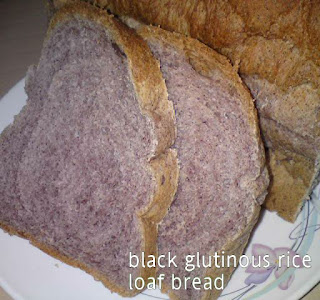 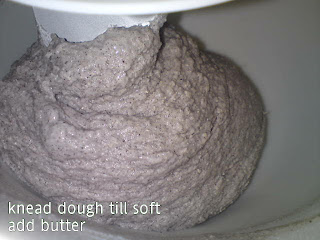 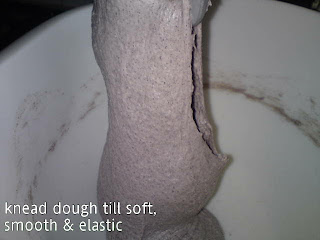 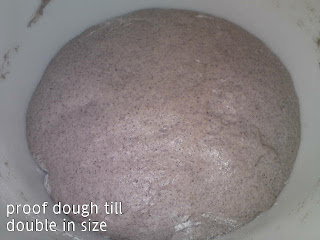 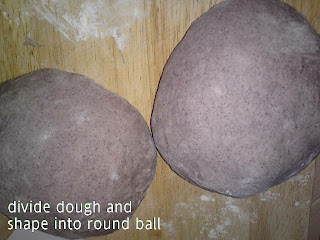 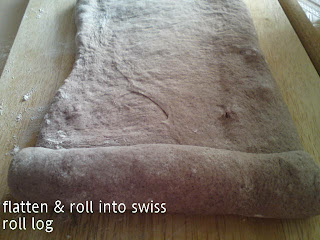 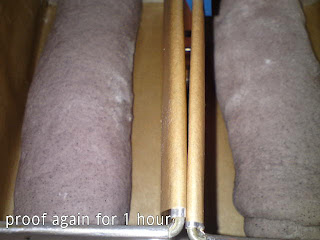 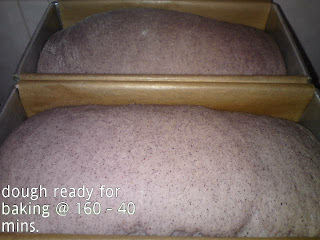 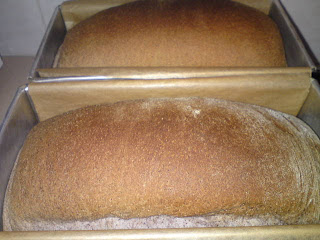 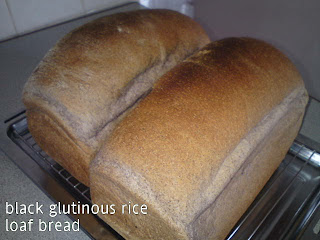 *  Notes - To prepare black glutinous rice flour
-  Grind 100 gm black glutinous rice in grinder until fine.  Sieve, then grind a few times until you get really fine rice flour.
An Article  About  Black Glutinous Rice Below
Black rice - revered in ancient China but overlooked in the West - could be the greatest 'superfoods', scientists revealed today. The cereal is low in sugar but packed with healthy fibre and plant compounds that combat heart disease and cancer, say experts.
Scientists from Louisiana State University analysed samples of bran from black rice grown in the southern U.S. They found boosted levels of water-soluble anthocyanin antioxidants.
Anthocyanins provide the dark colours of many fruits and vegetables, such as blueberries and red peppers. They are what makes black rice 'black'. Research suggests that the dark plant antioxidants, which mop up harmful molecules, can help protect arteries and prevent the DNA damage that leads to cancer.
Food scientist Dr Zhimin Xu said: 'Just a spoonful of black rice bran contains more health promoting anthocyanin antioxidants than are found in a spoonful of blueberries, but with less sugar, and more fibre and vitamin E antioxidants.  'If berries are used to boost health, why not black rice and black rice bran? Especially, black rice bran would be a unique and economical material to increase consumption of health-promoting antioxidants.'
Centuries ago black rice was known as 'Forbidden Rice' in ancient China because only nobles were allowed to eat it.  Today black rice is mainly used in Asia for food decoration, noodles, sushi and desserts. But food manufacturers could potentially use black rice bran or bran extracts to make breakfast cereals, beverages, cakes, biscuits and other foods healthier, said Dr Xu.
When rice is processed, millers remove the outer layers of the grains to produce brown rice or more refined white rice - the kind most widely consumed in the West.   Brown rice is said to be more nutritious because it has higher levels of healthy vitamin E compounds and antioxidants.
But according to Dr Xu's team, varieties of rice that are black or purple in colour are healthier still.   They added that black rice could also be used to provide healthier, natural colourants.
Studies linked some artificial colourants to cancer and behavioural problems in children.
The scientists presented their findings today at the 240th National Meeting of the American Chemical Society in Boston .  Victoria Taylor, senior dietician at the British Heart Foundation, said: 'In reality, it's unlikely there's a single food out there that will have a great impact on lowering your risk of heart disease. Healthy eating is about a balanced diet overall.
'It's great if you can eat more of some groups of healthy foods, like having five portions of fruit and vegetable a day, but there is still no conclusive evidence that 'super foods' alone make a real difference to your heart health.'

Email ThisBlogThis!Share to TwitterShare to FacebookShare to Pinterest
Labels: Bread

Tis is very interesting, maybe i will try this using my breadmaker, just sub a portion of the bread flour with this black glutinuous rice flour. Thanks for the idea Kimmy.

Kimmy, this black glutinous rice is it "orr choo bee" in Hokkien? Interesting that it can be used to make bread and has so much health giving properties.

Hi Phong Hong, you're right. This is the pulut hitam. I've also used the the rice flour to bake chiffon cake. The cake is good and has the purple colour too [like the purple sweet potato.

Hi Cheah, was just wondering and like you, I love to try new things.

Thank you for baking for Word Bread Day . Hope you will join us next year again!